Delegation Strategies for the Control Freak 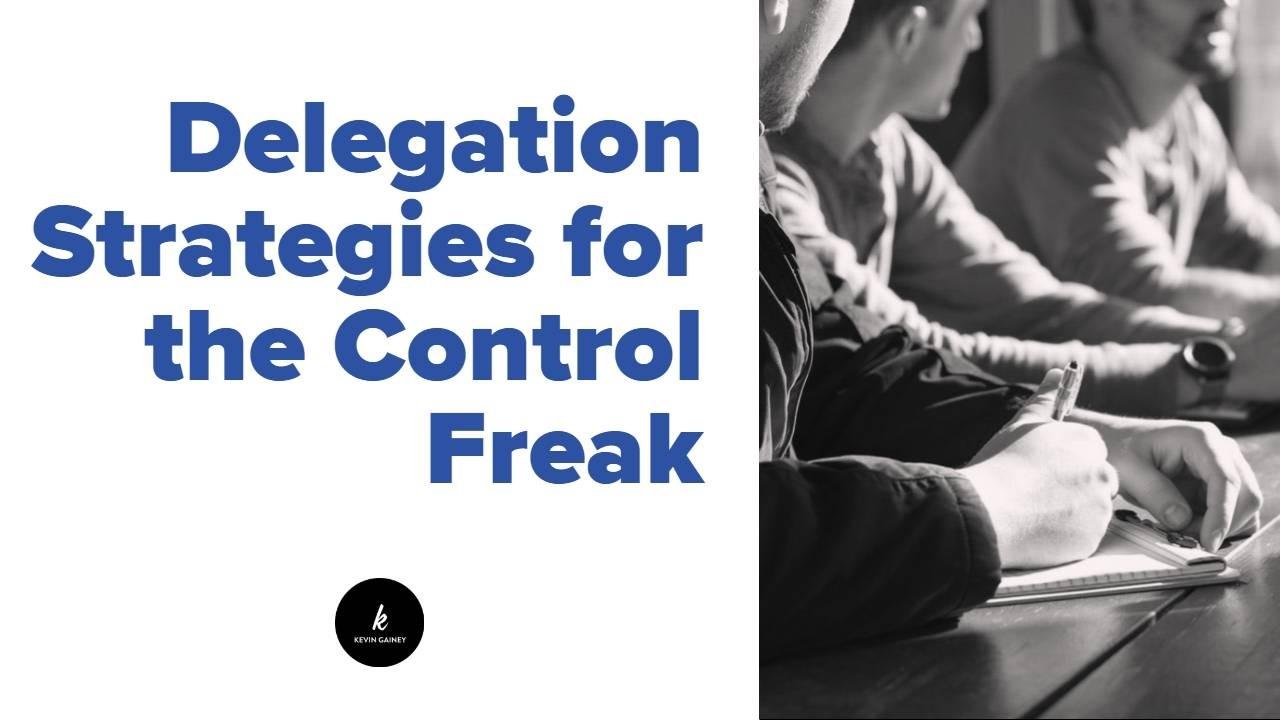 Do you have a team around you who is fully capable of getting things done, but instead of delegating, you try to do everything yourself? If that sounds like you, there’s a better way.

Delegating tasks can be so difficult for some people. They act like a micro-manager who ensures that they see, do, and be everything. It’s hard for them to let others share the load or the glory. Maybe the control-freak is you.

You may have tried to delegate tasks in the past. Perhaps the quality of work wasn’t good enough to suit you so you ended up redoing everything. There’s no sense in delegating tasks in the first place if you know you’ll end up redoing them, right?

Here are three problems you might be using as excuses for not delegating:

If you’re facing these challenges, perhaps it’s time to look at some strategies you can use to find success in delegating.

Instead of being a control-freak on your next project, decide now to let go of some of the responsibilities. Look for ways you can use the talents of your co-workers in the future. You may find that working with a team and delegating tasks makes your job much easier and the atmosphere at work much better for everyone.